Sitting in the center of the Olympic commercial circle between Beijing's fourth and fifth ring roads, the China National Convention Center (CNCC) is only 30 minutes drive to/from the airport and the subway station is connected with CNCC's basement which enables people to quickly go to the city center, the airport, the Beijing Railway station, and many tourist attractions such as Tian'anmen Square, Forbidden City or Summer Palace. It takes only one hour from CNCC to the renowned Great Wall and Ming Tombs. 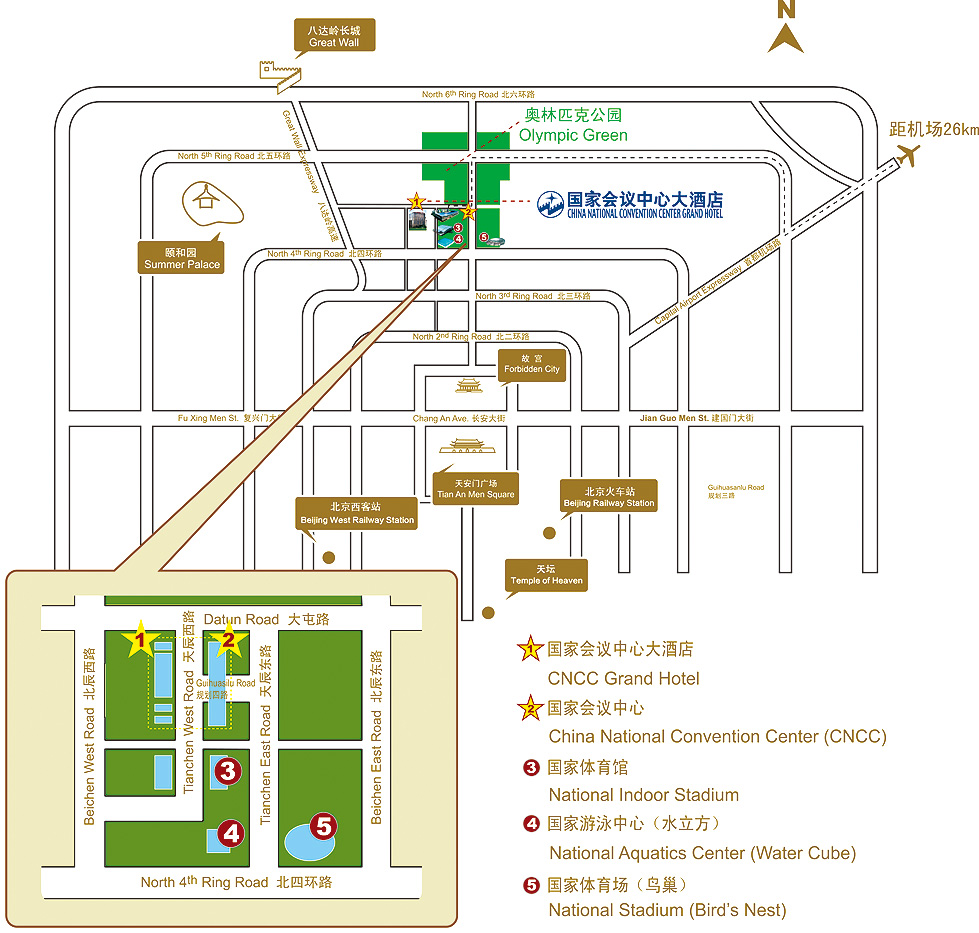